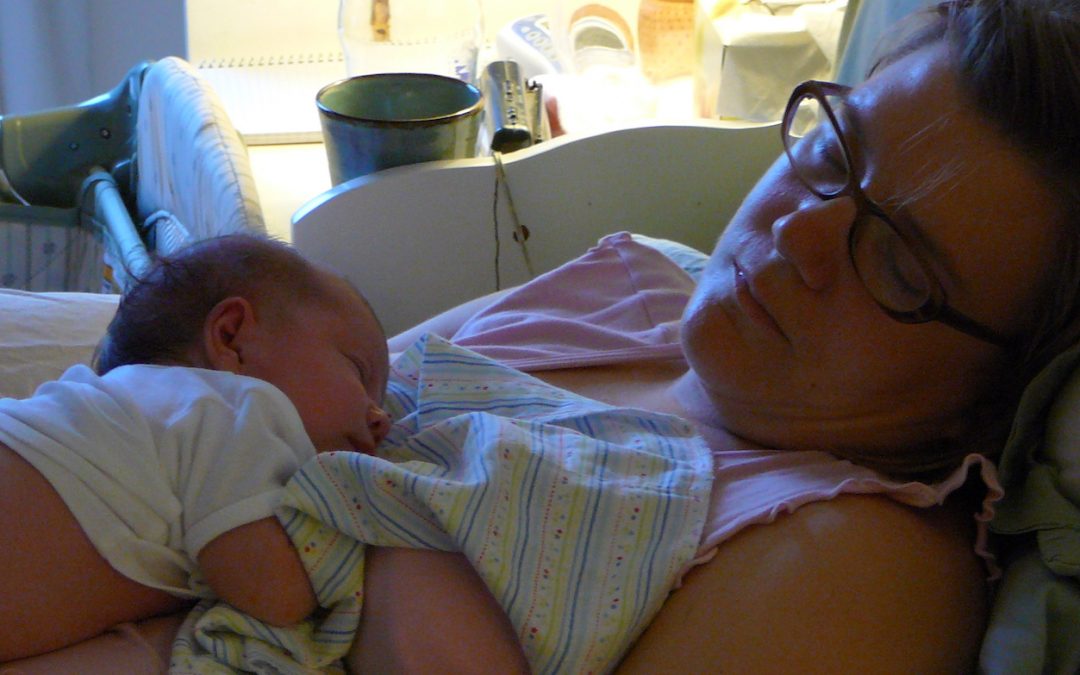 Becoming a mother is a huge transition that brings an incredible range of emotional responses. Some are known as the “baby blues,” a two-week period of mood swings and a feeling of overwhelm after delivery. Others can happen in pregnancy, begin or last longer than two weeks after delivery, or are more intense than the baby blues. These symptoms and conditions are called perinatal mood and anxiety disorders (PMADs). They affect as many as 1 in 5 moms (twice as many as gestational diabetes) and are completely treatable. I know. I have had postpartum anxiety twice and, with the right help, recovered fully both times. Motherhood is hard, yes, but it should not feel like a struggle every day.

If you are not feeling like yourself, are struggling and want to be heard and taken care of, now is the time to get the support you deserve. Read on and know that you are not alone, and you can feel so much better.

How do I know if it’s more than the baby blues?

The “blues,” are characterized by weepiness, intense highs and lows in your mood, as well as a general feeling of being overwhelmed, and having a low frustration tolerance or even anger. They are caused by the drop in hormones that happens immediately after giving birth. If you experience those symptoms longer than two weeks, they begin after two weeks and anytime in the year after birth, or they make it hard for you to function normally, you may be experiencing a PMAD.

What If I Don’t Feel Depressed?

The “classic” symptoms of depression—lack of interest in life, fatigue, feeling intensely sad—are not the only symptoms of PMADs. That’s why experts use the term perinatal mood and anxiety disorders, because other symptoms are actually more common such as anxiety and intense irritability or rage. PMADs include depression, anxiety, obsessive-compulsive disorder (OCD), and post-traumatic stress disorder (PTSD). Often, women experience a combination of more than one of these. Below is a list of symptoms associated with these conditions.

What Are the Symptoms of PMADs?

If you are feeling one or more of the symptoms above, it is nothing to be ashamed of, it is not your fault, and you can feel so much better with the right help.

Absolutely. Research shows that more than 90% of parents report having thoughts and worries about harm coming to their babies. Our job is to protect them and that requires us to think through any possible threats (including ourselves). So, you are going to worry about things and wonder if you are doing things right or even think about bad things happening to your baby. But, the difference between an acceptable level of anxiety and an anxiety disorder has to do with how intense your anxiety is and whether it makes it difficult for you to function normally.

What is obsessive-compulsive disorder (OCD)?

As many as 9% of new moms experience postpartum OCD. OCD involves having repetitive scary thoughts or fears that cause you significant distress, such as constantly worrying you will drop your baby when you walk down stairs. You may also develop behaviors to try and control these thoughts, such as avoiding stairs with your baby, washing your hands repetitively, or checking that your baby is breathing many times during the night.

Do these thoughts mean I will hurt my baby?

It is incredibly rare that a mother hurts her child intentionally, but when it does happen, the media usually reports that the mom has postpartum depression. In fact, in these instances, a woman is likely suffering from a psychiatric emergency called postpartum psychosis. Like postpartum depression, anxiety or OCD, this is a treatable mental disorder that can occur after childbirth. If the thoughts about harm coming to your baby disturb you, that means they may be a symptom of anxiety or OCD. If the thoughts make sense to you, then it is possible you are experiencing postpartum psychosis. All of these conditions are treatable.

What is postpartum psychosis?

A woman experiencing postpartum psychosis loses touch with reality and may experience delusions (believing things that are not true), hallucinations (seeing, hearing or feeling things that aren’t there), paranoia, erratic behavior, extreme confusion, euphoria (an unexplainably good mood) or mania (incredibly activity or productivity). She may not be able to put words together correctly or make sense of printed text. She may feel that a force is taking over her or believe that something is seriously wrong with the baby when it is not. Sometimes a woman with postpartum psychosis may feel a compulsion to harm herself or her baby and believe that doing so is the loving or right thing to do. If you or someone you love is experiencing any of these symptoms, it is imperative that she go to an emergency room right away and the staff should be informed that she is a new mother and could be experiencing PPP.

What is panic disorder?

Panic attacks are a finite period of feeling intense fear or discomfort when there is no real danger to you. They include symptoms such as: heart palpitations, sweating, trembling, shortness of breath, chest pain, nausea, dizziness, or fear of losing control or that you are going “crazy.” Experts diagnose someone with panic disorder if she is experiencing repeated panic attacks, constantly worrying that she could have another attack, or if she changes her behavior to avoid the potential of an attack.

What is post-traumatic stress disorder (PTSD)?

Usually PTSD is mentioned in the context of veterans of war, but anyone can experience PTSD if they have lived through a traumatic event when their life was in danger or they felt their life was in danger. In pregnancy and the postpartum period, PTSD is usually triggered either by a traumatic delivery, a traumatic experience in the NICU, or when a woman who has a history of trauma finds that pregnancy or childbirth trigger it. You might be experiencing PTSD if you have a history of trauma and are reexperiencing sensations or feelings related to it or you had a delivery in which your life or your baby’s life was in danger or that felt traumatic to you or your baby spent time in the NICU and you are re-experiencing some of the sounds, sights, and sensations of it in a negative way.

Am I at risk for developing a PMAD?

Any woman who gives birth is at risk, because these conditions happen to as many as 1 in 5 moms. But, there are some things that can increase your risk. They include:

Can adoptive parents or dads experience a perinatal mood or anxiety disorder?

When will I feel better?

Getting help is vitally important for you and your family. Treatment can take a number of forms, including individual psychotherapy, group therapy, or medication or a combination. And there are medications that can be used during pregnancy and breastfeeding. You may be surprised at how much relief you feel just by taking the first step of reaching out for help and sharing what is going on inside your head. I know. I have been where you are and I have seen what good mental health care can do to return you to yourself. Join me in finding it.

A great place to start is calling Postpartum Support International (800-944-4773). Your call will be returned by a mental health professional or a woman who has experienced a PMAD and is trained to help get you to the care you need.

Here are other ways to find help now.